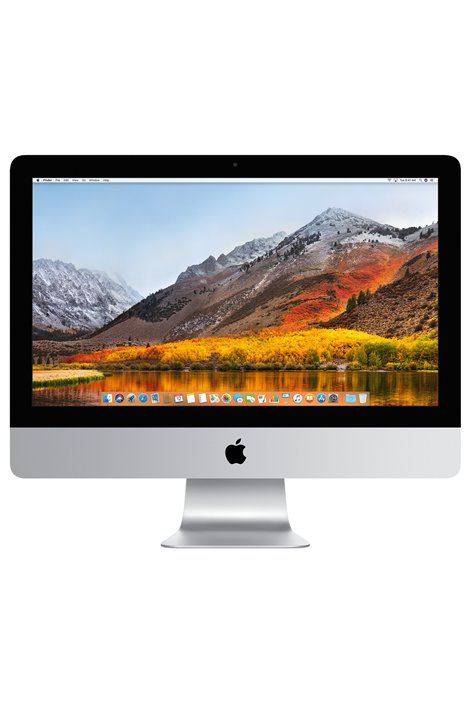 Connectivity includes four USB 2.0 ports, a Firewire "800" port, built-in AirPort Extreme, and Gigabit Ethernet, as well as an audio capable Mini DisplayPort, which supports an external display up to 30" (2560x1600).

Externally, the "Mid-2010" iMac line uses the same "edge-to-edge" glass design and "seamless all aluminum enclosure" as the "Late 2009" models replaced. Internally, however, the "Mid-2010" line is equipped with faster processors, faster graphics processors, and faster memory, as well as support for the SDXC SD card format.

The "Mid-2010" iMac models include a compact aluminum Apple Wireless Keyboard and a multi-touch "Magic Mouse," but for US$69 could be upgraded to include a multi-touch "Magic Trackpad" that "enables users to scroll smoothly up and down a page with inertial scrolling, pinch to zoom in and out, rotate an image with their fingertips and swipe three fingers to flip through a collection of web pages or photos" just like on Apple notebooks from the same era. An aluminum remote was offered for an additional US$19 as well.