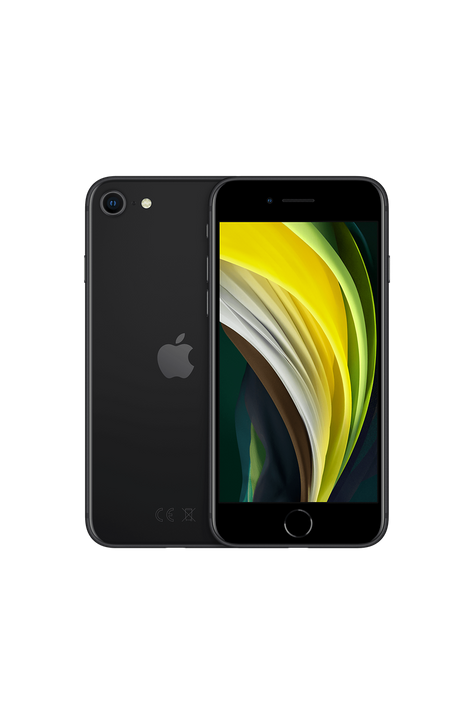 The new iPhone SE - Made for you

The design of the second iPhone SE is almost identical to that of the iPhone 8 released in 2017, with only minor changes such as a centred Apple logo, the omission of the "iPhone" and "Designed by Apple in California" lettering, "Assembled in China" (or "Assembled in India") and new colours. The white variant now also has a black front. The device is offered in the colours black, white and Product Red.

With a screen diagonal of 120mm (4.7 inches), the second generation of the iPhone SE was one of the smallest mass-produced smartphones at the time of its market launch. However, it is still twenty per cent larger than the first generation SE, whose screen diagonal was 100mm (4 inches). Since the device features a home button, it is only slightly smaller than the iPhone 11 Pro (5.8 inch display diagonal) despite a significantly smaller display.

The iPhone SE features the same Retina HD display as the iPhone 8 (4.7-inch diagonal), with True Tone and a wide DCI-P3 colour gamut. It is able to play HDR10 and Dolby Vision content, although it does not feature an HDR-compatible display. This is done by down-converting the HDR content to fit the display, while still achieving some improvements in dynamic range, contrast and wide colour gamut compared to SDR. 3D Touch has been replaced by Haptic Touch.

The iPhone SE sports a single 12 MP camera on the back, similar to the iPhone 8 and the widescreen camera of the iPhone 11 and iPhone 11 Pro. The camera features an ƒ/1.8 aperture, autofocus, optical image stabilisation and a quad LED True Tone flash. It is capable of recording 4K video at 24 fps, 30 fps or 60 fps, 1080p HD video at 30 fps or 60 fps or 720p HD video at 30 fps. The phone is also capable of taking panoramic pictures up to 63 MP and is able to take photos in burst mode. Compared to the iPhone 8, the SE's new processor offers support for extended dynamic range video up to 30 fps and stereo recording. The SE's camera interface adopts "QuickTake" from the iPhone 11 (Pro) models, which allows the user to long press the shutter button to record a video. The front camera features 7 MP with an ƒ/2.2 aperture and autofocus and is capable of recording 1080p HD video at 30 fps. It also features cinematic video stabilisation for 1080p and 720p video.