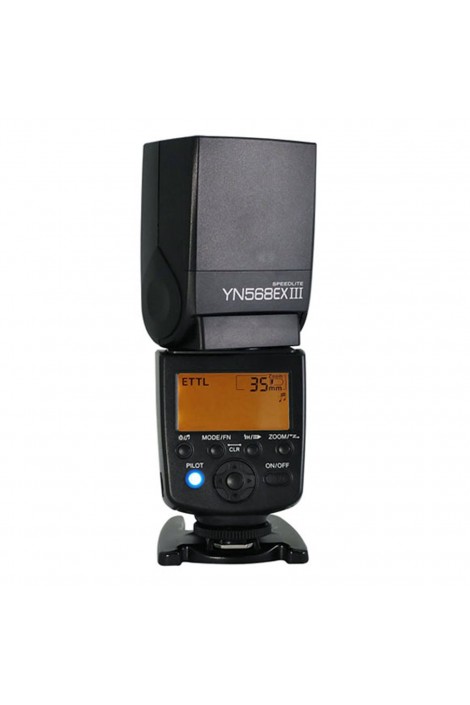 This product is no longer in stock

The Yongnuo YN-568 III is Yongnuo's third eTTL flash with HSS support. This can now achieve sync times of up to 1 / 8000s.

What's new about the YN568EX III? The design of the flash unit is similar to that of the YN568EX III with a similar user interface. The specified light output (GN 58) remains unchanged, but the recycling time is faster: now 2 seconds instead of 3 at full power. A USB port has been added to allow firmware updates. Like other series flashes, the YN568EX III supports both Nikon and Canon optical and wireless transmission systems. The master mode is available so you can use the YN568EX III as a master optical device to control Yongnuo or Canon EX series flashes (except the Yongnuo YN565EX) on 4 channels. A flash meter automatically calculates the correct exposure for the slave flash units and adjusts the power accordingly. As master / commander flash the YN-568 EX III controls both the own flash units like the YN-500EX, YN-565EX and the original YN-568, as well as of course original Canon EX Speedlites, the Nikon SB-600 (or later), as well as various third-party flashguns from Metz and Nissin in eTTL mode.