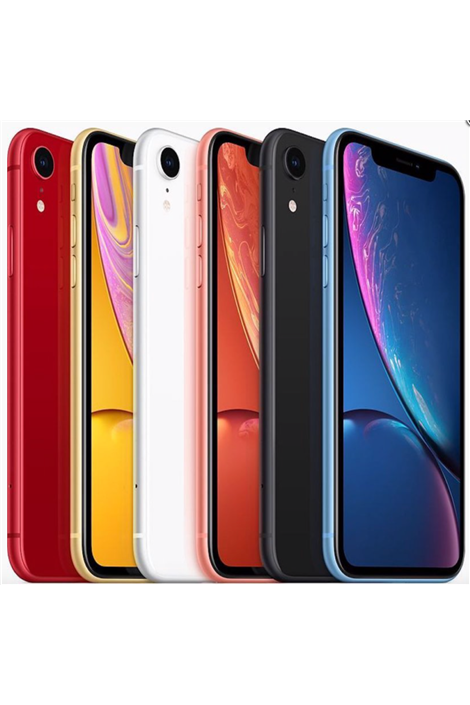 All iPhone XR models have a haptic touch capable 6.1" (diagonal) LCD Liquid Retina HD display (326 ppi, 1792x828, 1400:1 contrast ratio) that occupies nearly the entire front of the device. It has dual cameras. On the front, tucked in the so called "notch", you can find a so called TrueDepth camera that in addition to supporting the "Advanced Face ID" identification functionality, takes 7 megapixel pictures, shoots videos @ 1080p, and offers software support for Portrait mode, Portrait lighting, and more. The rear camera is a wide angle (f/1.8 aperture) with a 12 megapixel sensor that supports optical image stabilization, and also shoots 4K photos and video.